My Uncle Tony by marriage is a proud 3rd-generation Chinese-Canadian who passed away on Sunday, June 3, 2018. He is survived by my aunt Wei and his daughter Lian. His funeral and life commemoration was on Saturday, June 9, 2018 at the atheist church in West Hill (this church is a real gem and is led by the dynamic Gretta Vosper).

It is a shame I or someone didn’t  video-record Tony’s funeral service. It was beautiful and moving, and a real slice of history (Canadian, American, Chinese). Some of his former students from the University of Washington flew up and spoke of Tony’s ability to inspire a genuine desire to learn. Tony travelled to 29 countries and worked in 5 (?). A former CBC anchor, documentary filmmaker, ground-breaking author, and a much beloved professor of many years, Tony B. Chan was a trailblazer in so many areas. 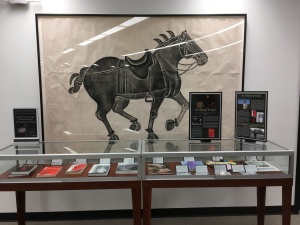 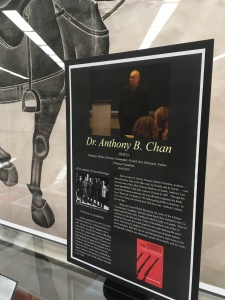 Above: University of Toronto’s main campus library set up a memorial in Tony’s honour, featuring some of his many works (written and film).

Toronto gal. Curious about people, life, the universes.
View all posts by groovy777 →
This entry was posted in people, Uncategorized. Bookmark the permalink.